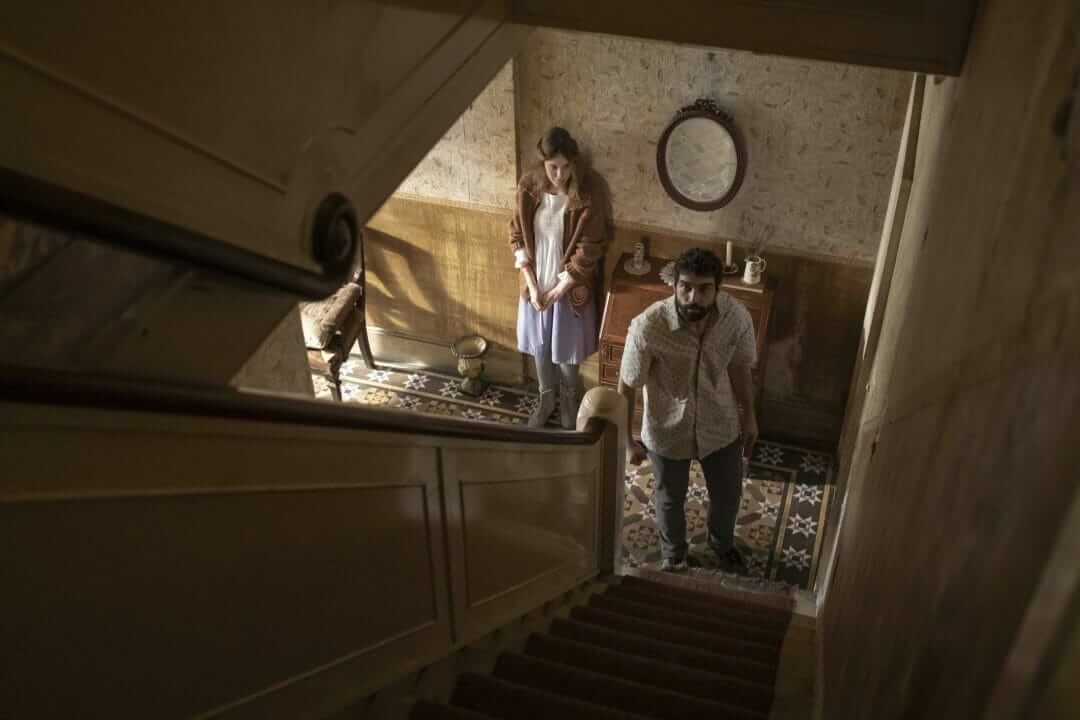 Director Romola Garai’s debut feature Amulet celebrated its World Premiere at the 2020 Sundance Film Festival as part of the festival’s Midnight Program. The film is a slow-burn shocker that unfolds its unique brand of madness in a methodical manner, fading from one nightmarish sense of uneasy to another. Juggling timelines that bookend Tomaz’s long, strange trip, Amulet tells the story of a lost man looking for a place to lay his past to rest. The story moves at such a pace that the unnatural occurrences seem like nothing more than everyday oddities when they arrive. So much so that it seems perfectly natural when a character removes an impossibly large bat from a clogged toilet- a discovery that seems to earn little more than a raised eyebrow and a shrug. Such is the tone of Amulet and the strange world contained within the decaying walls of a place Tomaz may soon lay to rest more than just his past

We are introduced to Tomaz (Alec Secareanu) during two very distinct periods in his life. As a younger man, we see Tomaz as a carefree soldier left alone to read books and listen to music while he’s not guarding a roadblock in a remote European countryside. Sometime in the future, things have gone wrong for Tomaz and he has found himself homeless on the streets of London, bouncing from flophouse to hospital. Something tragic has clearly happened to Tomaz, but his scars are hidden from us in the gaps of his life that we are not shown. Tomaz has been running from something. Something in his past, or in himself, but it’s inescapable and he finds himself absolutely consumed by it. He’s been running so long in fact, always looking over his shoulder, that he doesn’t take a second to consider that he might actually be running toward something. Something that has been waiting patiently for him a very long time. Something welcoming him with open arms so inviting that he cannot see the talons slowly closing around his neck.

“a slow-burn shocker that unfolds its unique brand of madness in a methodical manner, fading from one nightmarish sense of uneasy to another.”

After narrowly escaping a house fire that burned down his shelter, Tomaz finds himself in the care of a nun played by the eternally wonderful, but possibly untrustworthy, Imelda Staunton (Harry Potter and the Order of The Phoenix, Downtown Abbey). With the help of the church, Tomaz is given a home and a purpose, helping to care for Magda’s (Carla Juri) dying mother. The two don’t’ care much for each other’s company at first but grow to lean on each other over time. They work through the day-to-day tasks while caring for the feeble, unseen women locked away upstairs whose cries and moans echo through the floors below.

There are two unmistakable brands of Midnight Movies that play at film festivals. The first is your standard goofy, gory fare- perfect for watching parties and late-night hooting & hollering. More than anything, these movies have great hooks, and they build off of those explosive ideas by raising the stakes often and shocking you at every turn. The second (which has become the more dominant of the two in recent years) is that special reality-bending brand of horror, asking you to question every askew moment that passes. These movies are slower, more deliberately paced experiences that feel more like living nightmares than movies. Romola Garai’s Amulet is that new generation of midnight movie, designed to slowly burrow it’s way into your psyche, hiding its horrors on plain sight, waiting for the perfect time to strike. And oh boy does the hammer come down in the final act of this film! The most interesting turns in Amulet are ones worth witnessing with fresh eyes but suffice it to say that you will find whispers of your favorite midnight movies all over this film, from Art House to Grindhouse. 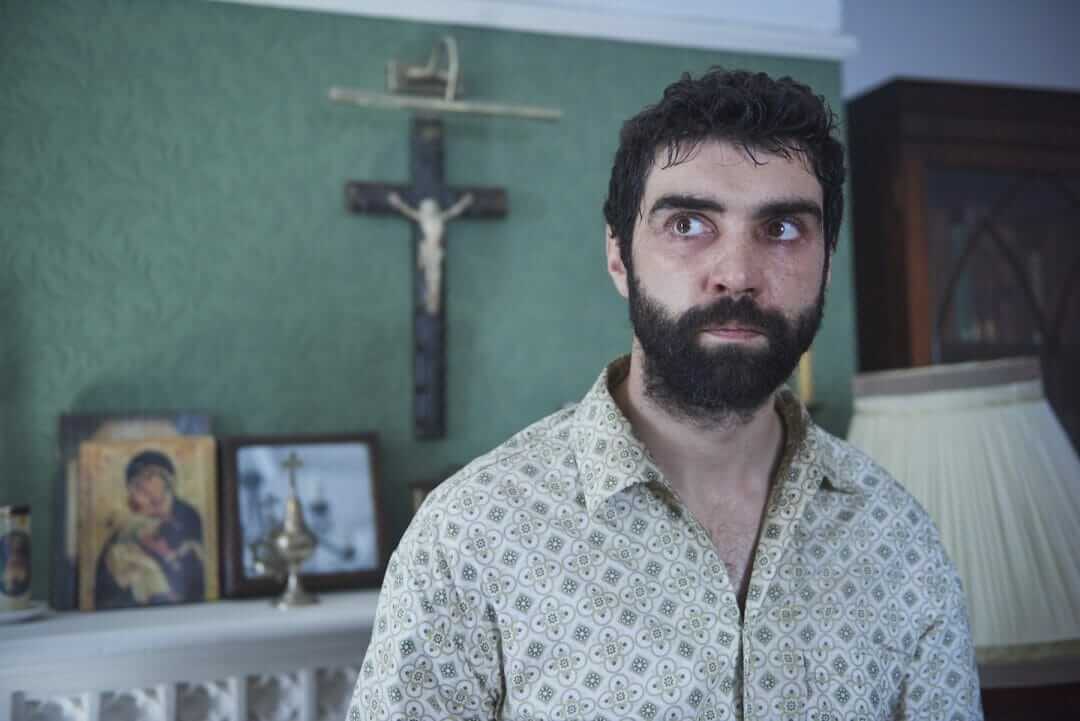 Fans of David Lynch will immediately recognize the hiding-in-plain-sight nature of Amulet‘s evils while extremists will no doubt draw comparisons between the decrepit dying woman in the attic with the feeble but fearsome monster of Julien Maury & Alexandre Bustillo’s Livide (2011). A presence looms over the entire film, not unlike the sea spirits that possess Robert Eggers’ The Lighthouse, but the real brilliance of the Amulet comes in a world-warping moment that will play especially well for fans of Larry Cohen’s God Told Me To. Amulet is a new breed of Midnight movie, and one that has more to say than a vague review can afford to discuss. The lasting power of such a surprising movie lies in its ability to show you the expanses of a hallucinatory world, glimpsed only through a keyhole-sized view. The locked-away mysteries of Amulet do reveal themselves to patient viewers, but only just long enough for you to realize the true madness at the heart of this slow-burn shocker.

Romola Garai’s Amulet celebrated its World Premiere at the 2020 Sundance Film Festival January 26th as part of the festival’s Midnight program. The films stars Carla Juri (Blade Runner 2049), Alec Secareanu (God’s Own Country), Imelda Staunton (Harry Potter and the Order of The Phoenix, Downtown Abbey), and Angeliki Papoulia (Dogtooth). Share with us your favourite Midnight Movies, and let us know what is your excited to see Amulet over on Twitter, in the Nightmare on Film Street Subreddit, and on Facebook in the Horror Movie Fiend Club.

TLDR Amulet is a new breed of Midnight movie, and one that has more to say than a vague review can afford to discuss. The lasting power of such a surprising movie lies in its ability to show you the expanses of a hallucinatory world, glimpsed only through a keyhole. The locked-away mysteries of Amulet do reveal themselves to patient viewers, but only just long enough for you to realize the true madness at the heart of this slow-burn shocker.