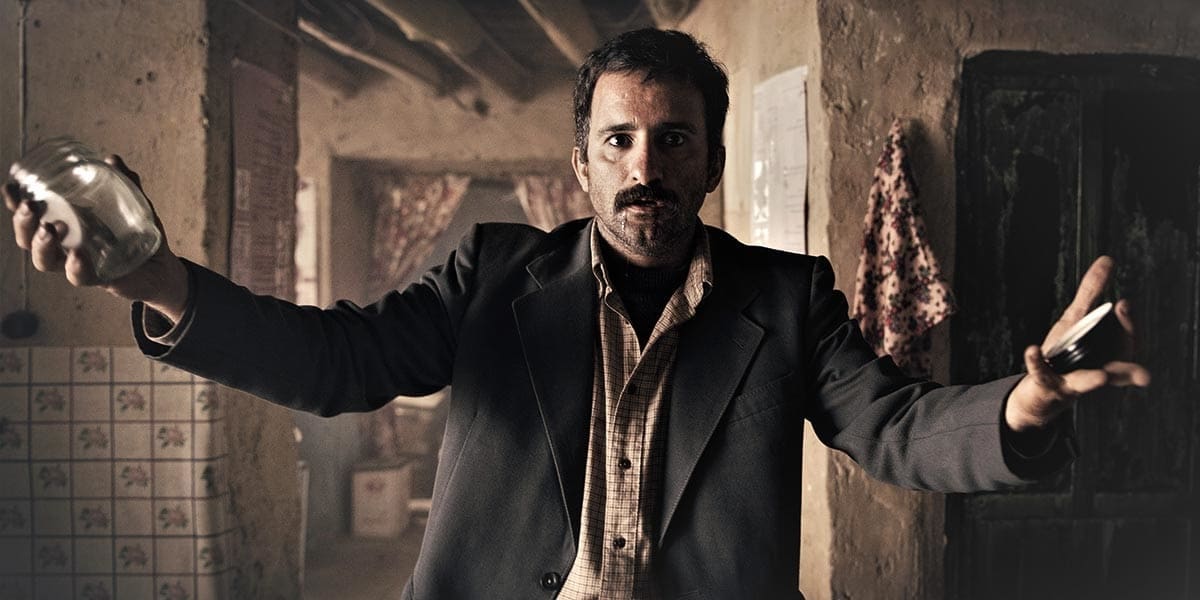 Do you believe in demons? Do you believe that there are forces beyond your control laying in wait for the opportunity to upend your life? That is a central question at the heart of Arsalan Amiri’s Iranian exorcism movie Zalava. Co-written by Amiri with Ida Panahandeh, Zalava takes place in 1978, in a small Kurdistanian village known as Zalava, where a band of traveling gypsies settled down. Since arriving, their customs and rituals have changed but, as the opening crawl explains, “a powerful fear has stayed with them over the years”.

There is a deeper, richer narrative woven into this demon story that will play best for anyone familiar with the 1979 Iranian revolution, but don’t take that to mean you won’t enjoy the film if you aren’t familiar with that complex cultural moment. This is still very much a story of people, and how people act when faced with uncertainty and a feeling of helplessness. And isn’t that what all great Exorcism films are really all about? Grappling with the desperation of losing yourself to the unknown? 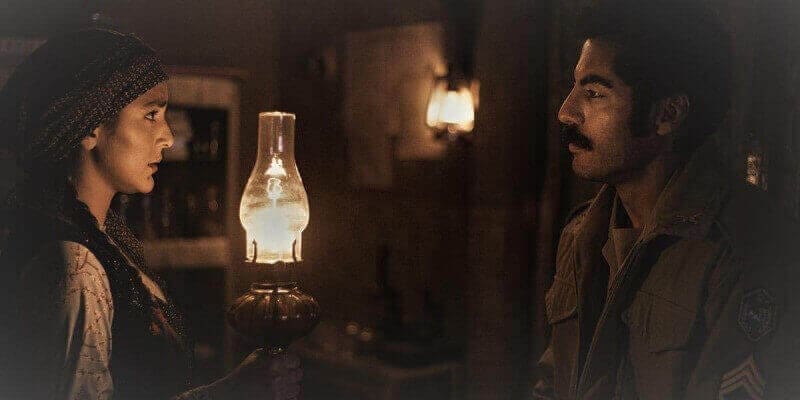 In the town of Zalava, demon exorcisms are as commonplace as stubbing your toe. Given the remote location of this rural town, however, it can be quite difficult to get an exorcist to visit. There’s also a small matter of the military presence in the area that seems to give these controversial practitioners a hard time. No matter though; The locals have it in their minds that simply shooting a person suspected of possession will scare away the demon spirit and return the inflicted individual to their former selves. Sounds scary, but it seems to be working just fine for everyone in town.

Unfortunately for the locals, the leader of the military police charged with overseeing Zalava and the surrounding areas does not believe in demons. Hoping to protect them from themselves, Sergeant Mousad (Navid Pourfaraj) confiscates every firearm in town, but it’s a decision that he soon comes to regret. The villagers believe they are under attack by unseen forces, and they are soon visited by a mysterious exorcist that claims he can trap the spirits plaguing the village. Naturally, Mousad thinks of him as nothing more than a slick snake oil salesman and arrests him on the spot. The town is distraught, the men in his command aren’t convinced this was the right move, but Mousad is steadfast in his disbelief…until he is forced to spend a night in the barracks with the exorcist and a glass jar that he claims contains an evil, malevolent spirit.

Zalava is more of a story about people than a story about the paranormal. That isn’t to say that the movie is without a good scare or two, but the real horror of Zalava is in its fear-soaked atmosphere of doubt. Amiri crafts a sense of dread that is so well cultivated you would never assume this was his first feature. It’s impossible to feel at ease when you don’t know for certain whether demons exist or not, and whether or not you see demons really comes down to your own personal beliefs. They may be there. They may just be figments of a scared imagination. Your perception of this film is no different from your perception of the real world. What you see is in it is what you get.

That struggle is on full display in Pourfaraj’s defiantly confident performance. His only belief is that people will always find some justification for their fears, no matter how extreme or ludicrous, as long as it helps them puts a name on what has gripped them. Because of that, Zalava almost plays out more like a documentary than a genre film, remaining relatively unbiased until the bitter end. It’s also crucial to remember that this story is set at a breaking point in Iranian society that may not be immediately recognizable for Western audiences but will, no doubt, feel very familiar. It’s a moment that calls into question ideas of faith, and tradition, and how modern advancements still fail at making us feel safe. 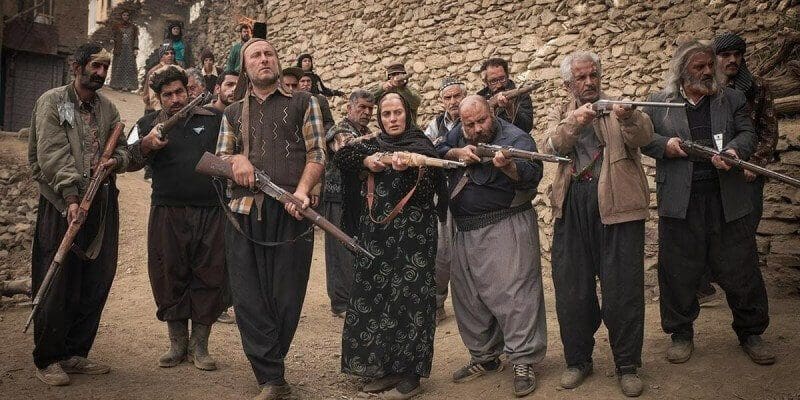 Zalava is not the boom-pow demon-fest some of your favourite exorcism movies may be, but it is one hell of a character study about the nature of belief. Why do we believe in demons? And why is it so easy for someone to become frightened of something they say they don’t believe in? Zalava is less concerned with giving a close up to a demon than it is with examining mass hysteria and how it can consume every rational thought like fuel for an unstoppable fire. Demons are spooky stuff, but there’s nothing scarier in this world than scared people. Scared people are capable of / and willing to believe anything.

Arsalan Amiri’s Zalava celebrated its North American Premiere at the 2021 Toronto International Film Festival. Click HERE to follow our full festival coverage and be sure to let us know if you believe in demons over on Twitter, in the official Nightmare on Film Street Subreddit, and on Facebook in the Horror Movie Fiend Club! Not a social media fan? Get more horror delivered straight to your inbox by joining the Neighbourhood Watch Newsletter. 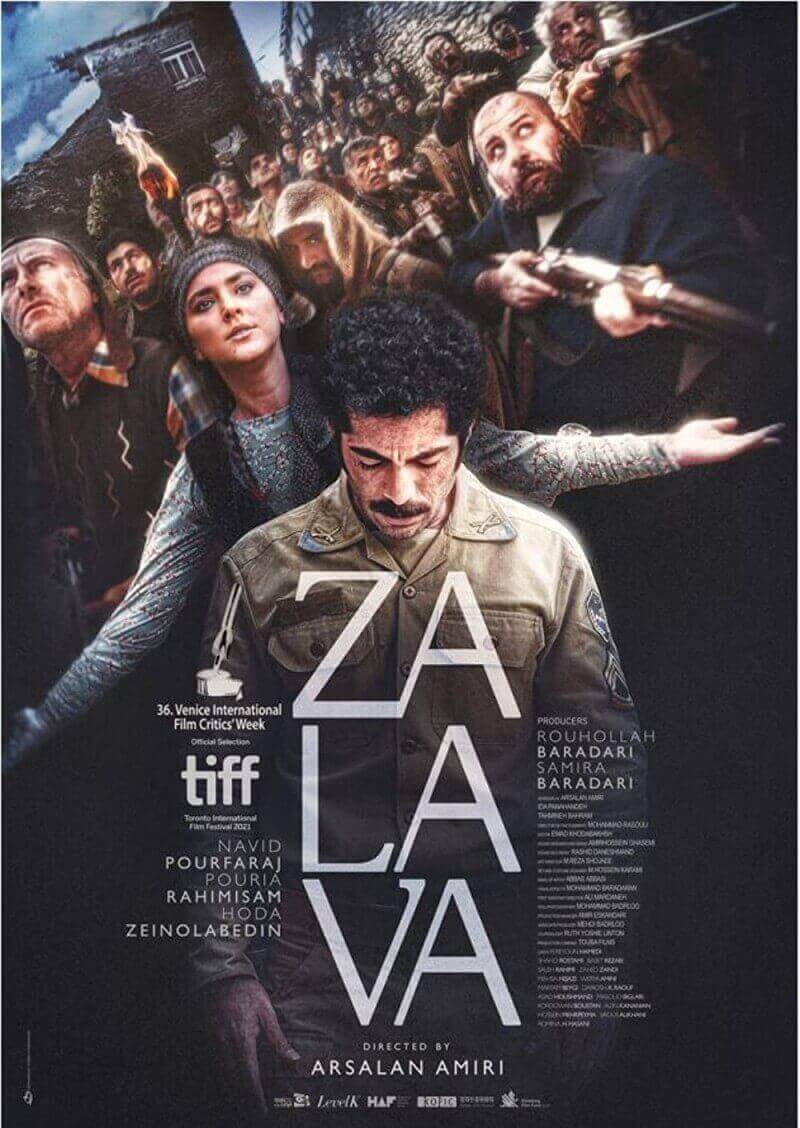 TLDR Zalava is more of a story about people than a story about the paranormal. That isn't to say that the movie is without a good scare or two, but the real horror of Zalava is in its fear-soaked atmosphere of doubt. Amiri crafts a sense of dread that is so well cultivated you would never assume this was his first feature. Zalava is not the boom-pow demon-fest some of your favourite exorcism movies may be, but it is one hell of a character study about the nature of belief.