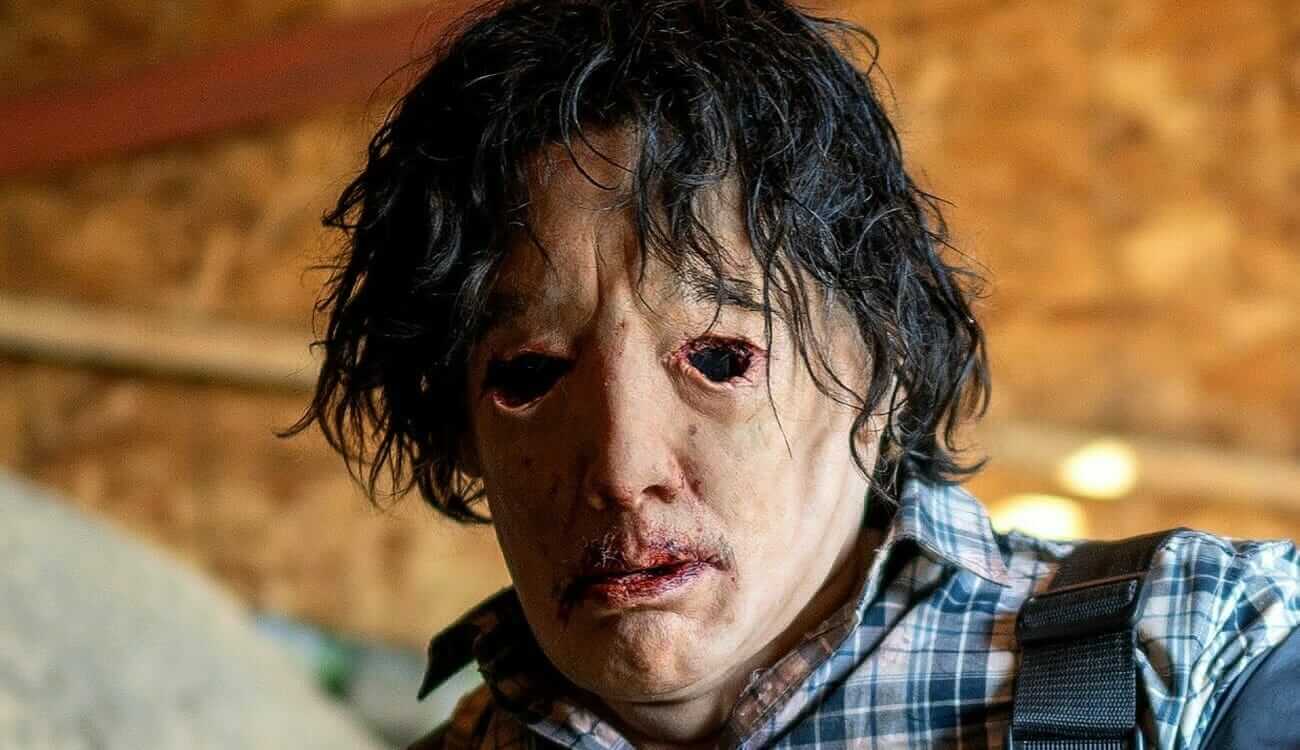 Hidden Gems: 10 Indie Horror Movies From 2022 That Flew Under Your Radar

You don’t need a year-end list to tell you that Barbarian, or Scream, or Nope are movies worth checking out. Everybody and their bots have been praising the big blockbusters and the mid-budget sleeper hits on social media for months now, but there are a handful of indie horror movies released this year that you might not have heard about yet. Keeping track of all the movies in a given year can be hard and, inevitably, a handful of gems are bound to slip through the cracks.

We scoured the globe (we watched a whole bunch of movies) and used the most up-to-date technology (letterboxd) to bring you The 10 Best Indie Horror Movies of 2022 That You Haven’t Seen Yet. Which is a very long way of saying that we wanted to take a minute to recommend some favorites of our own that you might have missed.

Each movie on this list (as of publication) has been “watched” by less than 1500 Letterboxd members. For context, a movie like Prey has been watched 275k times. So, if you’ve already seen every horror movie that your online friends have been raving about but you’re still hungry for more, we highly encourage you to check out some of these lesser-known indie flicks. 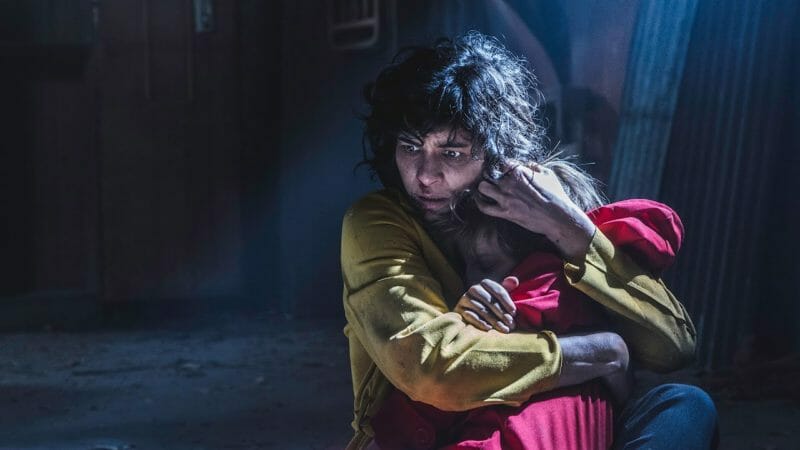 Cecilia and her son embark on a journey. On the third day, she is found wandering alone, not remembering what happened during this time. She is desperately looking for her son and finds herself wrapped in a brutal hunt, carried out by a religious fanatic, whom she faces off against. To her, he’s a lunatic. To him, Cecilia is the enemy.

Daniel de la Vega’s ever-evolving supernatural mystery is like Christopher Nolan’s Memento, if Memento was 3 shades darker and featured a rad hypnotist sequence. As a mystery, the less you know going in the better but it’s a perfect pick for anyone looking for a genre mashup that keeps it’s cards close to the chest.

Out There Halloween Mega Tape (a.k.a. WNUF 2)

Gorge yourself on candy corn and hunker down for a haunted house party filled with aliens, vamps, and phantom tramps via this hard-to-find flick from an infamous East Coast ’90’s bootleg video operation. Straight from the archives of Trader Tony’s Tape Dungeon, the “Out There Halloween Mega Tape” was assembled from the highest quality source materials available and presented just as it was sold via Trader Tony’s mail order catalog in the 1990’s.

Click HERE to grab yourself a copy of Out There Halloween Mega Tape, directly from the filmmakers!

Four people traveling in a van run over a lone woman while she is walking in the dark down a country road. After loading her into the vehicle to take her to the nearest hospital, they notice that she is behaving rather strangely. The occupants of the van soon realise that the time has come to fight for their lives, and together they agree on one very simple rule: “do not sit next to her.”

Every road trip is bound to have a few bumps in the road. Unfortunately for the folks in The Passenger, those bumps in the road happen to be a deadly alien invasion. Loaded with gooey, gross practical effects and a rag-tag band of kooky characters (including a guy who’s really in love with his car), The Passenger is a laugh-out-loud sci-fi blast.

Click HERE to read Nightmare on Film Street’s full review of The Passenger. 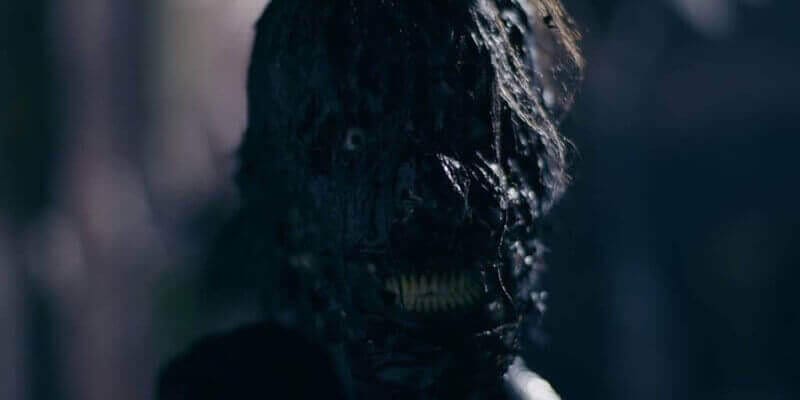 A group of artists’ lives becomes unwittingly entangled as their obsessions and insecurities manifest monsters, demons and death.

Shot over just a handful of days with an incredibly limited crew, this jaw-dropping horror anthology is indie to the core! It’s not just a collection a DOPE segments, Allegoria is a fragmented story about the darkness that seems to visit artists of all mediums, feeding from one person to the next in an endless loop like a snake eating its own tail. It also features a slasher villain that jumps off the page to murder his screenwriter, a giant evil paint monster that will stare directly into your soul, and a surprise appearance from Scout Taylor Compton (Halloween, 2007) who goes on a very bad first date….

Click HERE to read Nightmare on Film Street’s full review of Allegoria and hear all about the making of the film on the NOFS Podcast.

All Jacked Up And Full of Worms A maintenance man for a seedy motel embarks on a path of self-destruction through the alleyways of Chicago after he discovers a hidden stash of powerful hallucinogenic worms.

Click HERE to find out where you can watch All Jacked Up And Full of Worms.

A gang initiation goes wrong when a group of four recruits break into a house of horror, as they’re all forced to play deadly games for their lives.

If Saw, Tales From The Hood, and Scott Pilgrim Vs The World all walked into The Fly‘s telepod, Bitch Ass is what would step out. Imaginative, inventive, and loaded with crazy cool video game-inspired sequences, Bitch Ass is an original take on the masked killer subgenre. It’s a little shaggy and rough around the edges but it’s a strong calling card for a group of filmmakers that are sure to blow our minds with their followup project. Oh! It also features a surprise appearance from Tony Todd as Titus Darq, horror host of Hood Horror Movie Nights.

Click HERE to find out where you can watch Bitch Ass. 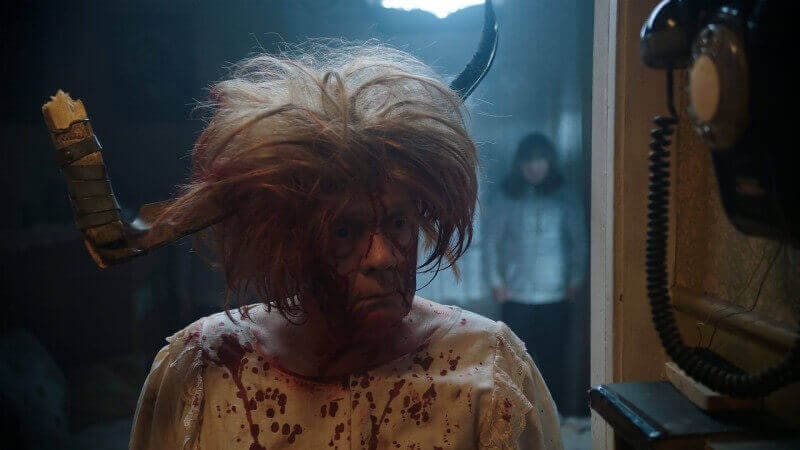 Children are left at grandma’s house without their smartphones. Real life seems rather boring until they find instructions for the Kratt – a magical creature who will do whatever its master says. All they have to do now, is to buy a soul from the devil.

The #1 rule at grandma’s house is: Don’t Kill Grandma. Unfortunately, in this Estonian goofball comedy, that’s a rule a couple of brats break shockingly quickly. The good news is, they found a way to bring Grandma back to life….by turning her into an undead slave who becomes murderous as soon as she runs out of chores to keep her busy. Oops! Liz just wants to host the perfect dinner party but an unexpected guest sends the evening into chaos, with [REDACTED] consequences.

After a worldwide tour on the film festival circuit, this quirky Australian picture became available on Tubi earlier this year. Frankly, the less you know about this one the better. Much like watching Cabin In The Woods or The Invitation for the first time, the unpredictability of the story is half the fun. Who’s the unexpected guest? What kind of chaos is in store for the group? Have they unknowingly welcomed a serial killer into their home? Are the hosts planning a mass suicide? Is a redneck zombie torture family about to knock on their door? You’ll just have to press play to find out. 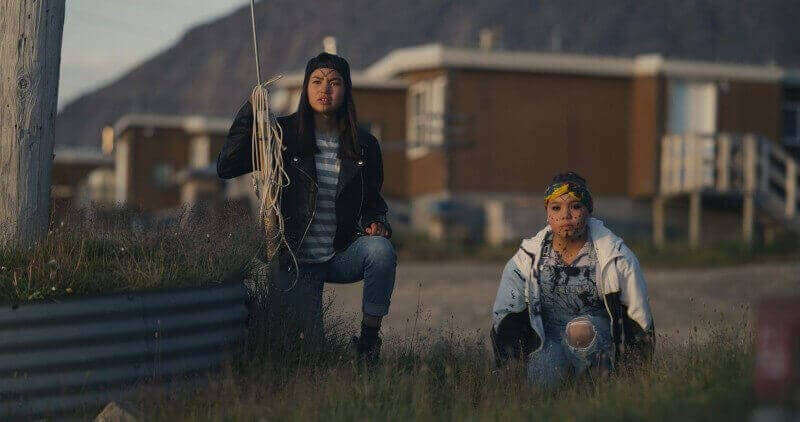 In a remote Arctic community, a group of Inuit girls fight off an alien invasion, all while trying to make it to the coolest party in town.

This is the one pick on this list that is kind of a rule-breaker. Slash/Back has had a few more eyeballs on it than some of these other films but if this is your first time hearing about it, I am very stoked for you. Slash/Back features a radtastic cast of Inuit girls that are single-handedly defending their small fishing community from an alien invasion. Why aren’t there any adults around to help fight? Cause they’re all out partying fool! Set during the Arctic’s summer solstice where the sun shines for 24 hours this is a super fun throwback with some surprisingly creepy alien monsters. A horde of murderous crab monsters descend on a sleepy coastal town on Prom night, and only a ragtag group of outcasts can save the day.

Crabs! is a movie you can’t help but lovingly refer to as The Sharknado of 2022. It’s goofy, over-the-top, and it features some of the silliest deaths of the year. You wanna see a crab eat a dude’s dick? Or a giant Kaiju-sized Crab fight a 30-foot-tall robot? How about an evil crab DJing a high school prom dance? You know you wanna.

Click HERE to find out where you can watch this laugh-a-minute creature feature. 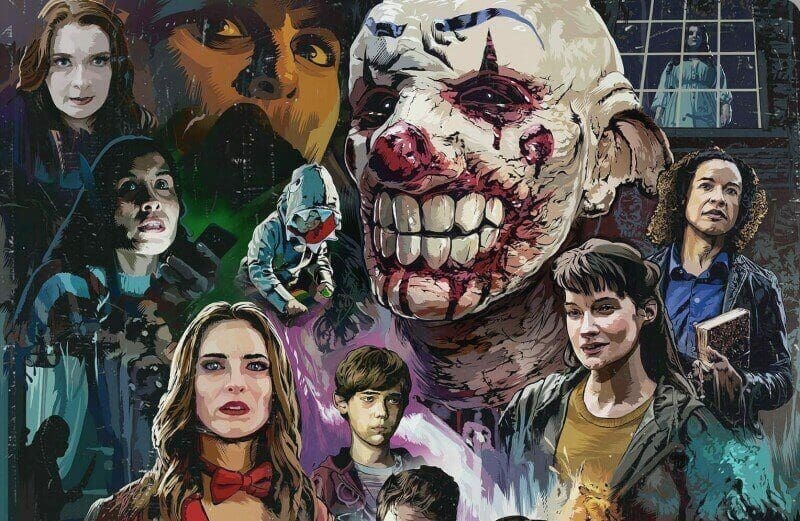 Nine visions of horror conceived and curated entirely on the popular social media platform Clubhouse, Sinphony features a group of international filmmakers each exploring a character dealing with tragedy caused by a supernatural entity.

Honorable Mention/Shameless Self-Promotion: Did you know that Nightmare on Film Street’s very own KimmiKillZombie directed a segment in a horror anthology released this year by Dark Sky Films? Well, she did, and it’s sandwiched between 8 other delightfully dark tales of terror from a handful of other first-time filmmakers (including Host‘s Hally Bishop). Tired of sitting around at home during the pandemic (and spending wayyy too much chatting on Clubhouse) these writers/directors came together, without ever meeting in person, to create one of the most creative horror anthologies of the year.

Here all about the making of Sinphony: A Clubhouse Horror Anthology on the Nightmare on Film Street Podcast, and click HERE to steam the movie now!