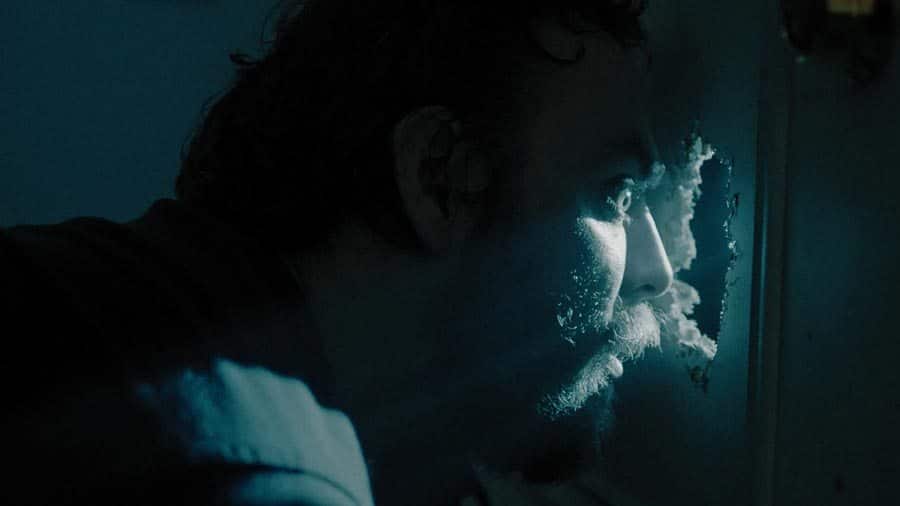 [Review] In AFTER MIDNIGHT, Being Alone is Scary, but So is Being Together

Monster movies are never just one thing. Night of the Living Dead isn’t just about zombies, it’s about prejudices rooted deeply into our society. It isn’t just a story of a murderous clown, it’s also about the horrors of growing up. The Wolf Man isn’t just about werewolves, Frankenstein isn’t just about reanimated corpses, Bird Box isn’t just about whatever that baby snake thing was. It seems that in order to make a monster movie really great, you’ve also got to make it something more. Such is the case in After Midnight.

After Midnight follows a man who is plagued by the nightly appearance of some sort of creature around his house. Through this monster-centric pot, it explores the difficulty of long-term relationships, the need for fulfillment and the very real, very terrifying concept of being alone. I loved this film not just as a memorable, unnerving creature feature, but as a reminder of maybe my favorite fact about horror movies. That is, that even in the weirdest corners of monster filmmaking, there’s always a human story to tell.

After Midnight is the story of Abby and Hank, a couple whose long-term relationship is on the rocks. We begin the story by seeing the early days of Hank and Abby‘s life together, of their choice to move to Hank‘s hometown and live in his childhood home. Slowly we come to realize that these scenes are snippets of the past, and that currently Hank is staying alone in his home, Abby having left him without explanation. But that’s not the end of Hank’s problems. Ever since Abby left, something has been coming around the house at night, scratching the door and trying to get in. Each evening after the sun goes down, Hank puts his couch in front of the front door, holds his shotgun in his lap… and waits for it to appear.

“..even in the weirdest corners of monster filmmaking, there’s always a human story to tell.”

But Hank’s not entirely without friends. Abby’s brother, Shane, considers Hank to be family, so he checks on him every once in a while. Shane is also the local sheriff, and after people start reporting that Hank is running around with a shotgun in hand, his concerns become professional. And then there’s Wade, a long-time friend of Hank’s, believer in the paranormal, and comic relief of the film. Last Podcast on the Left fans will recognize Wade as co-host Henry Zebrowski. Shane and Wade have different reactions to Hank’s story of a monster in his backyard, but they both agree on one thing. Their friend is going through something terrible, and it only seems to be getting worse.

Since we’re on the subject of characters, the first great thing I have to mention about this movie is just how strong the performances are. Co-Director and screenwriter Jeremy Gardner stars as Hank, and his performance is as complex as the character he’s portraying. Hank is a hyper-masculine, confused, and sometimes downright foolish man who hides his emotions behind either humor or cold passiveness. I found myself both liking and hating Hank, occasionally being frustrated with his reluctance to see anyone else’s point of view, occasionally feeling bad for his seeming inability to do so.

Opposite him was Abby, played by horror veteran Brea Grant, whose performance of a woman who wants more out of life conveys the heartbreak and horror of this movie. Though we watch Hank go up against a monster, it’s Abby for whom we feel real fear as she goes through the awful experience of realizing she may never really feel happy. Together, Gardener and Grant make a rewarding couple come to life on-screen, and their relatable experience will have even the staunchest anti-horror moviegoer engaged in the story.


But of course, no one who’s reading this is an anti-horror person, and if you are, you might be on the wrong website. So, let’s talk about this monster.

First of all, it’s a widely held opinion in monster moviemaking that the creature itself shouldn’t be shown until the end of the movie. Check out An American Werewolf in London for this philosophy in action. And true to its horror roots, After Midnight follows that rule. Most of the encounters with the monster we get are interactions through a closed door. Along with Hank, we sense it outside, feel its power as the door rattles in its hinges, and hear the creature’s sad, unearthly cries. At the beginning of the movie, Hank blows a hole in the door, allowing us to see the monsters cowed fingers a little later. But other than that, we don’t see the beast for the first half of the movie.

“..we sense [the monster] outside, feel its power as the door rattles in its hinges, and hear the creature’s sad, unearthly cries.”

So, it’s especially rewarding that when we do see the creature later on in the film. To me this creature gave off a classic 80s monster movie vibe, with beasts from Pumpkinhead to Predator as its potential relatives. Not only is the final reveal of the creature visually rewarding, it’s also presented in a really interesting way. Without spoiling anything, the creature makes its full appearance at kind of a hilarious point in the movie, leaving me unsure of whether I just saw a jump scare or slapstick. Either way, I loved it.

Oh, and if you’re worried that the creature I’m describing is created just by CGI, don’t be. In an interview I did with Grant, Gardener, and Co-Director Christian Stella, I was assured that CGI was barely involved. After Midnight is a classic monster movie in so many ways, and you’ll be glad to hear that includes prosthetic movie magic.

But that’s just one of the reasons you as a monster movie fan should see this film. That, plus everything I’ve mentioned above, plus a spooky and surreal setting within the heart of Florida makes After Midnight a monster movie I’ll be going back to. I’ll be showing it to my friends, both horror fans and non, and I’ll be singing its praises every time creature features come up. If that sounds like the type of entertainment you want, then you should see this film as well. Still, don’t come into this movie expecting a monster movie you’ve ever seen before. For all its roots in classics of that brand, this movie still manages to provide something more.

Have you seen After Midnight? If so, give us your thoughts on our Facebook, Instagram, and Twitter pages. And for all your horror movie reviews and interviews, keep lurking at Nightmare on Film Street. 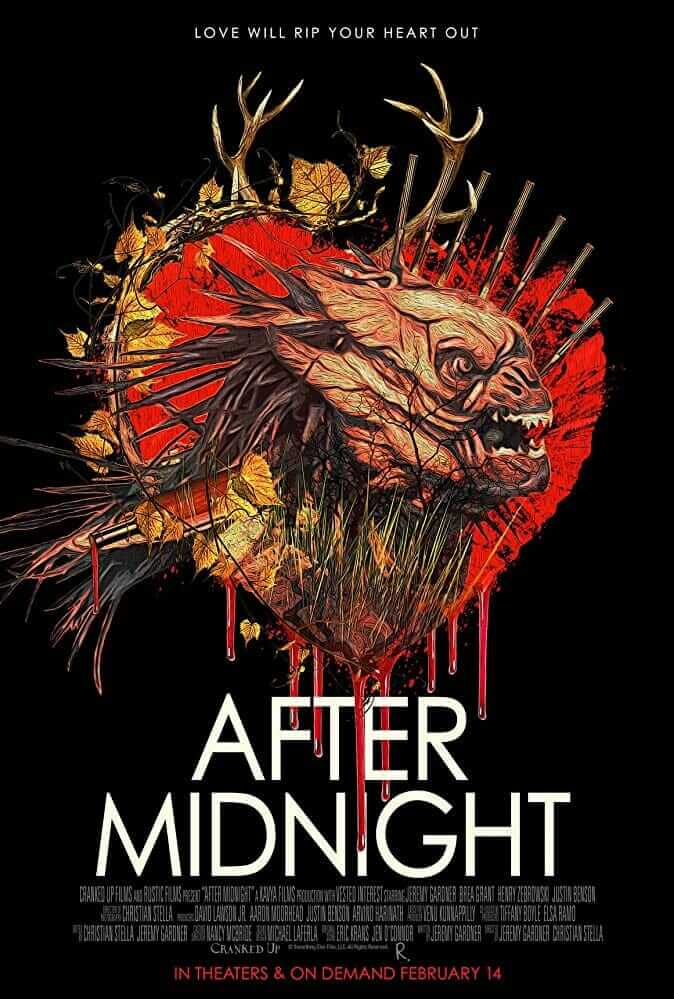 DISCLAIMER: This review originally appeared on NOFS as “[Tribeca Film Review] A Classic Monster Movie Blooms in SOMETHING ELSE.” When After Midnight premiered at Tribeca Film Festival in 2019, Something Else was its title.